The Inn at Schoolhouse Creek is the first historic resort on the Mendocino stretch of the North Coast. Its opening coincided with the completion of the ‘Shoreline Highway’ in 1932, now Highway One.

The workers moved turn-of-the-century mill workers houses onto the property and these are now Rose, Heather, Fuchsia, Cypress, and Water Tower cottages. The Garden-edge cottages Thyme and Tansy were also built at this time, in classic 30’s motor court style.

During World War II, the property was turned over to the US Coast Guard to house the shore patrol. Ledford Cottage was used as the Coast Guard mess hall. In the late 1950’s, the Inn underwent another change when the motel craze swept America. Our units in the front (Point Cabrillo, Van Damme, Buckhorn Cove and Anderson Valley) were built to cater to the tourists in their cars.

In the 1980’s, owners Peter Freary and Linda Wilson revitalized the old gardens, uncovered historical features, and incorporated the old Ledford Home into the resort. Additions to the Inn continued under Al & Penny Greenwood who opened three new units: Garden Cottage, Captain’s Watch and Whale Watch. The opening of the Water Tower in the Fall of 2002 by Steven and Maureen– complete with its own observation deck and private hot tub – brings the property to its current state. 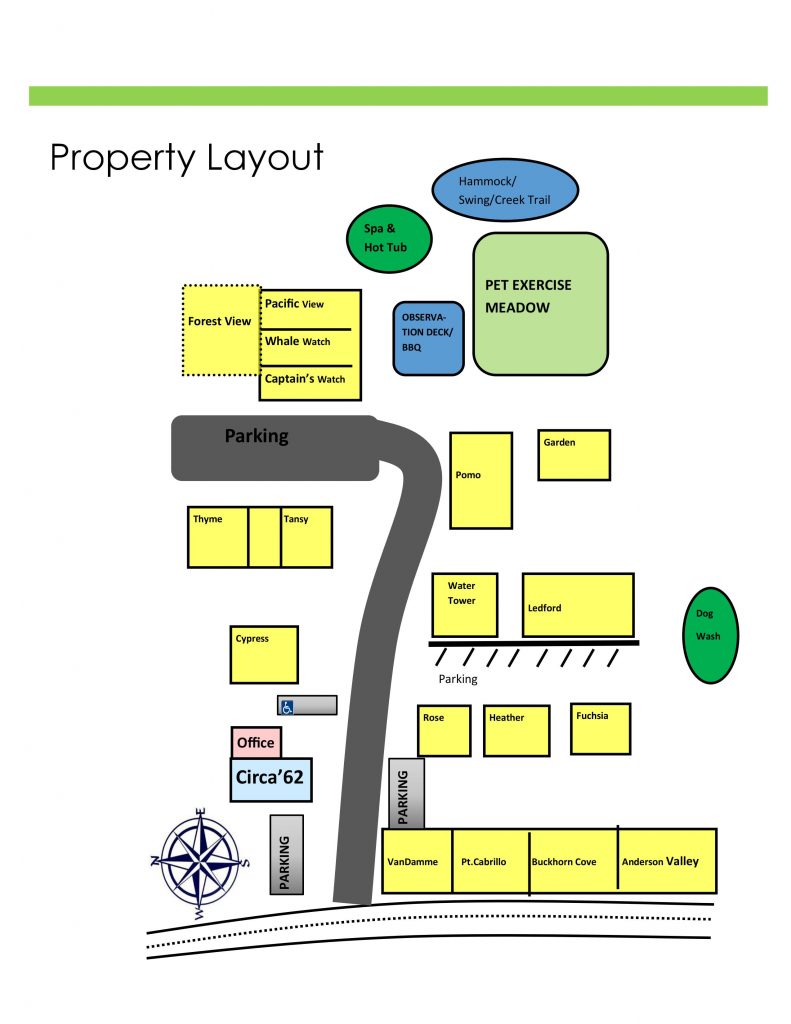